Almost a century of TIPP-KICK – the beginnings

In 1923 Edwin Mieg, a young export salesman from Schwenningen, was supposed to take over the Indian sales branch of Junghans Watches. He was on the verge of an occupational adventure! But it turned out very differently.

Junghans awarded the position to another candidate. Occasion enough for Edwin Mieg to make the change in industry from watches to toys. An occupational adventure was on the horizon - but a different one than had been thought. 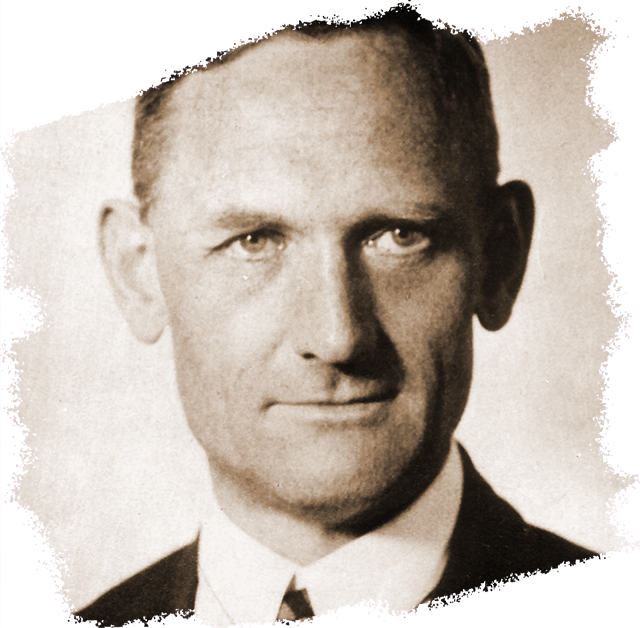 Edwin Mieg developed and brought to market an idea - brilliant from today’s perspective - that allowed him to go independent with TIPP-KICK as early as 1924. Equipped with a certain degree of courage, Edwin Mieg took a risk in making his idea for a game reality, and pressed ahead with its production with great energy.

Even with the prototype, the game was played as it is today. A tin figure, whose foot could be moved using a button on its head, was to kick a two-toned ball made of cork into a goal. This was not easy, due to the tin figure’s small size. The kickers experienced their first improvement very soon: from 1925, Edwin Mieg had the figures produced from lead. The patent was actually purchased from the Swabian inventor Carl Mayer. The individual enterprise EDWIN MIEG was founded 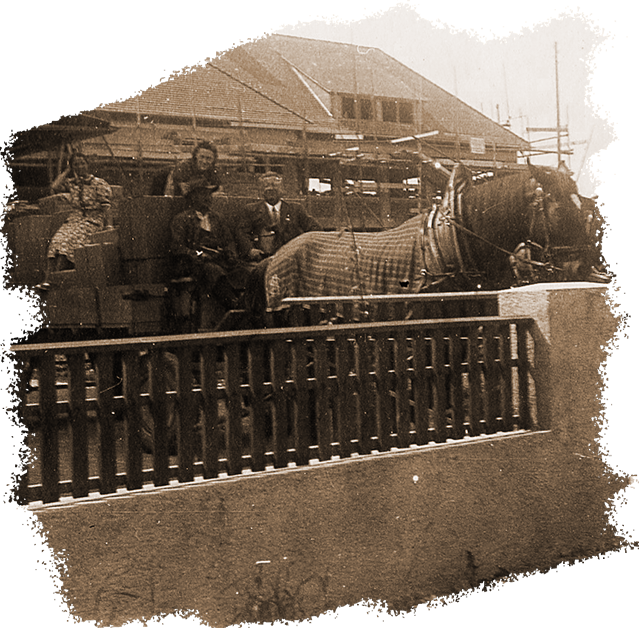 At the Leipzig Toy Fair in 1926, the young company presented its product for the first time “inoffically.” With very little money in the company’s coffers, Edwin Mieg could not afford his own stand, and so presented his activities in front of the fair hall’s gates. On the landing of the steps in front of the hall, he set up his game and allowed interested visitors to play TIPP-KICK themselves. Many interested people gathered to watch, forming crowds of onlookers. This did not go unnoticed, of course, with the consequence that Edwin Mieg was “expelled” by security staff.

Unimpressed by this and motivated by the positive reception to his game, Edwin Mieg went to the next entrance and so sold his first few hundred TIPP-KICK games there in Leipzig. It was the beginning of a classic German success story. 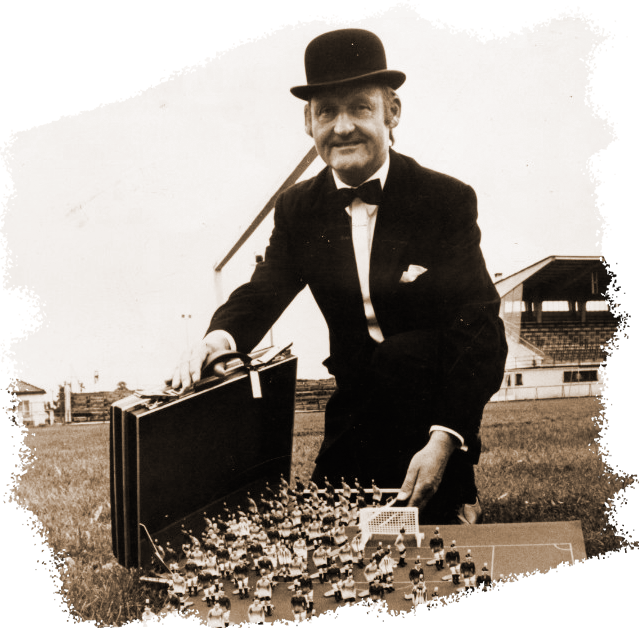 The next step – a change of generations

In 1938, Edwin Mieg built his own factory at Hardtstraße 21 in Schwenningen am Neckar. The ever-growing demand for TIPP-KICK games allowed for this investment. The zinc kickers could now be cast in his own factory.

Edwin Mieg died in 1948, and his sons Peter and Hansjörg Mieg took over the company. The game remained unchanged into the 1950s. The World Cup year 1954 was a breakthrough year for TIPP-KICK.

Peter Mieg, together with his committed operational manager Franz Rusch, developed the falling goalkeeper, “Toni.” This goalkeeper – unchanged until today – is made of plastic and can fall left or right at the touch of a button.

180,000 games were sold in Germany alone in the year of the World Cup win.

The makers of the little ones

While none of the game’s authenticity has been lost, the balls and goals have been produced from plastic since 1954. Larger playing fields and more stable game schedules were established, and a new, attractive clock was produced in the clock town of Schwenningen. In 1963, Mieg’s company took possession of its new production premises in Schwenningen’s industrial area, Dickenhardt. 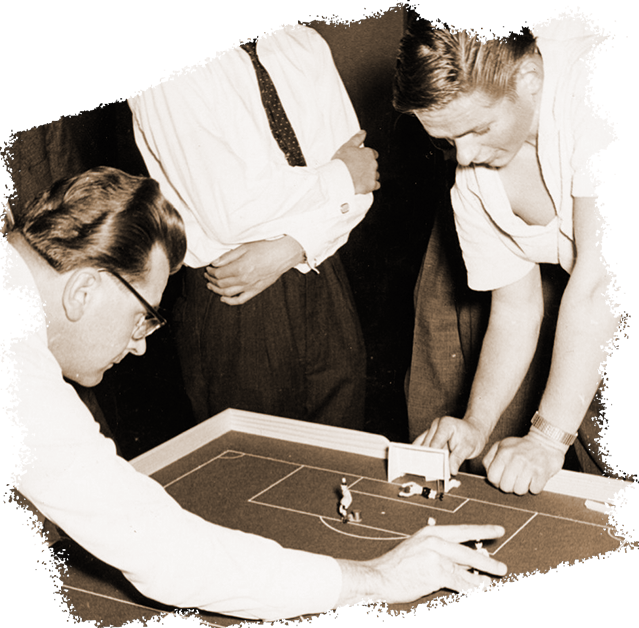 Fun, but serious too

With the beginning of the German football Bundesliga (1963), the teams were also produced as TIPP-KICK players (Bundesliga Top Kickers). In 1967, a then-unknown young football player appeared on the new TIPP-KICK packaging. For a fee of just 1,000 DM, Mieg’s company secured the image and naming rights of the unknown player Gerd Müller. In time for the 1974 World Cup in Germany, TIPP-KICK Star Kickers were made available in the colours of the participating national teams.

Innovation and constant improvement of the TIPP-KICK game and its accessories belong to the daily agenda. As such, in 1978 mesh goals were launched, before the introduction, four years later, of the Star Keeper - a goalkeeper who can additionally plunge forwards. In the ’80s and ’90s, up to five different variations of the TIPP-KICK game were available – one for each target group. 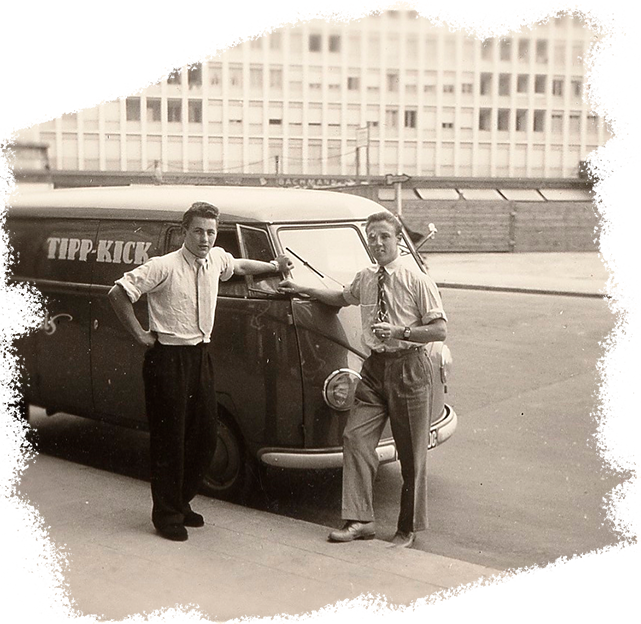 TIPP-KICK can be described as “football in miniature”. This is especially true in economic terms. Whenever “the greats” had problems, these were reflected in problems for “the makers of the little ones”.

The Bundesliga scandal in the ’70s led to a heavy collapse in the number of sales, and poor performances during such World Cups as 1978 in Argentina (“The Disgrace of Cordoba”) or 1994 in the USA (Stefan Effenberg’s inglorious appearance and departure) had a negative effect on the balance sheet.

At the end of the 1990s, a new trend in the economy opened up a new and lucrative field of work for the company: TIPP-KICK games were increasingly being used by companies as promotional materials. This trend was further reinforced by Germany’s hosting of the World Cup in 2006. 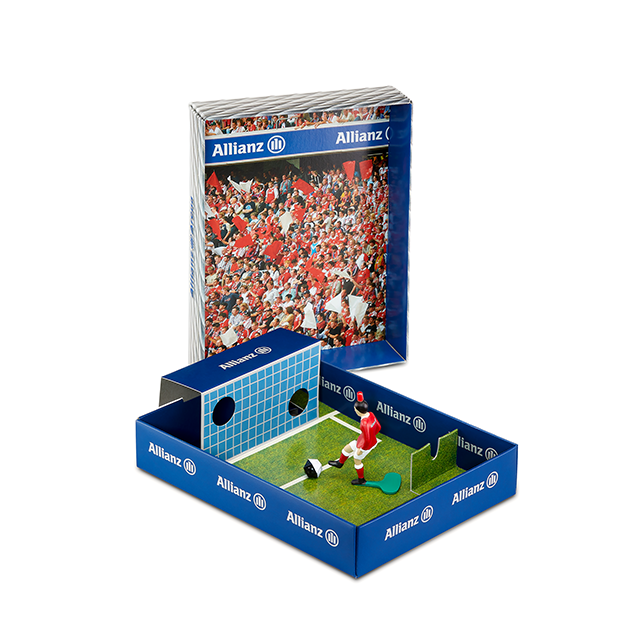 The TIPP-KICK brand has a very high level of recognition in Germany, Austria and Switzerland. Traditionally the game has been played and sold in these countries above all. In the rest of Europe, there is still room for improvement and expansion, especially since there are other individual football games on the market that are “in”.

The company Mieg, led since the 1990s by its third generation in the form of Mathias and Jochen Mieg, made it its goal to expand its distribution of the game to other countries. 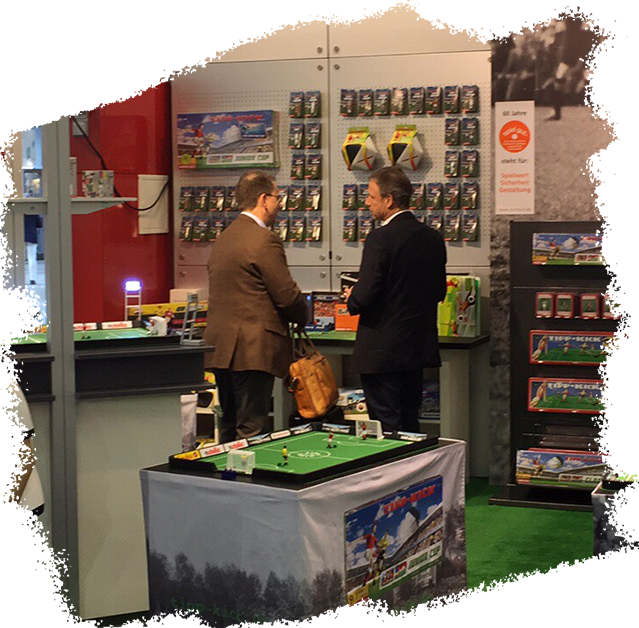 Due to the strong drop in demand, the company Mieg was forced to outsource many processes that had, until 1998, been carried out in-house, to sub-contractors.

For reasons of competitiveness, in the first decade of the 2000s, some production processes were able to be outsourced abroad, without losing the ability to also act locally. Even today the playing figures are cast in the Black Forest, and the plastic parts manufactured locally upon requirement. Hand-painting also remains an essential element. The majority of the kickers are painted abroad, but can then be equipped with the matching outfit in the Black Forest.

Always on the ball – new trends constantly in view

A classic since 1924, and already six years on the market by the time of the first World Cup in 1930, TIPP-KICK usually comes up with something special for those years of football’s great event. During the 2006 home World Cup, oversized figures appeared near the stadiums as well as in airports as decoration. 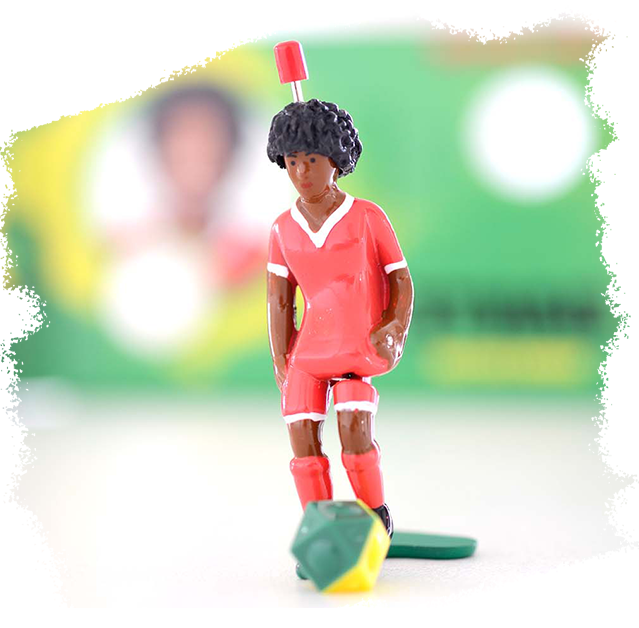 In the run-up to the 2010 World Cup in South Africa, TIPP-KICK presented a game in African colours. A beige-brown playing field under the hot African Sun and Zebras, Giraffes and Elephants decorated the box and formed the starting point for a football safari with the angular ball.

Four years later, Brazilian magic football was to enter German living rooms. The Samba-Edition, developed especially with the backing of the Brazilian national players and ex-Bavarian professional player Dante, included the first personalised TIPP-KICK playing figure. Another innovation was the TIPP-KICK half-time clock, which could be equipped with audio chips that played the respective national anthems of the countries playing. 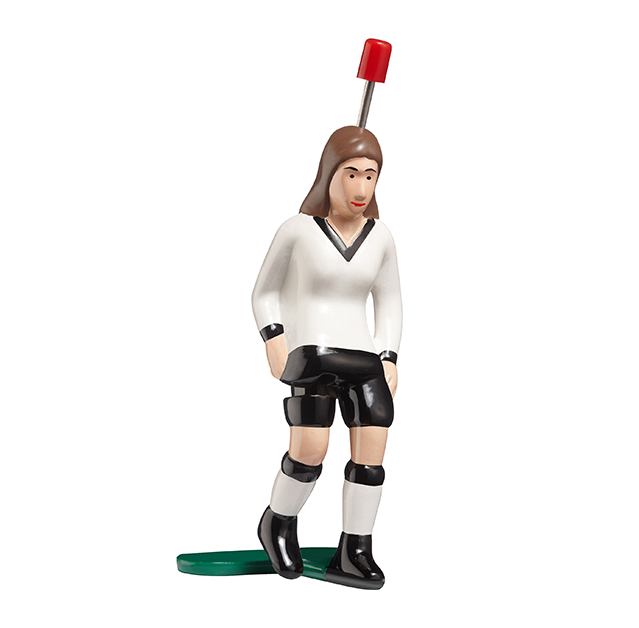 Punctually in time for the Women’s World Cup in 2011, the time was ripe for the first female playing figure. The makers from the Black Forest presented a discreet female metal player that unites sportiness and femininity.

The TIPP-KICK boom continues in 2018 and ensures that the production line doesn’t stand still. Thousands of playing figures will cause excitement and get people in the mood for this great sporting event in the largest country in the world.

Stay on the ball!
With the German TIPP-KICK newsletter